Fringed Border with Birds Sharing Feathers as Their Tails 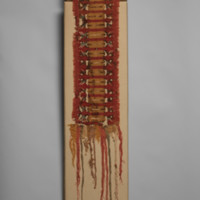 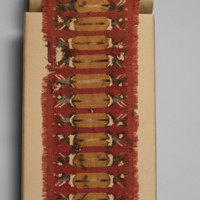 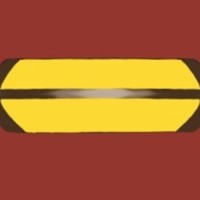 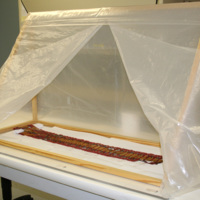 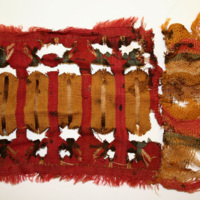 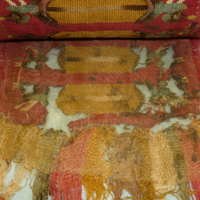 Fringed Border with Birds Sharing Feathers as Their Tails

The imagery on this band may be a challenge to decipher (see drawing above), but features a series of feathers. The quills quite realistically change from brown to tan and the down is again shown accurately as white. However, at each end of the feather appears a blue bird, converting the large feather into a shared tail. This perceptual effect is known today as contour rivalry (two images that are in competition over which “owns” a shared element). It fuses two birds impossibly into one bird with two heads, a design which embodies the idea of tinku, or convergence. Such a fantastical image has a long history in Andean art and spirituality. Coincidently, when the Spanish came they brought the two-headed Habsburg Eagle as the royal insignia. This was easily accepted by the Peruvians as it met expectations that were already in place.

This Chancay tapestry border with double-headed birds was crumpled and misshapen when it entered the collection. The object was placed inside a humidity chamber constructed like a tent from plastic sheeting on a wood frame  (see image #4 above). A cool-mist, ultrasonic humidifier was used to introduce enough moisture into the chamber to make the textile fibers more supple. The object was then gently flattened by hand, revealing a band more than 50 inches in total length. Throughout the length of the border fragment, there are losses to the tail feathers of the woven bird images. These feathers appear to have originally been a dark brown color. Dark dyes often use an iron mordant to help set and darken the color. Over time, this iron is corrosive to the dyed fibers and often also to adjacent threads in the weave, such as the underlying warps in this weft-faced weave. The fibers become so brittle that they crumble away, leaving holes in the textile (see image #5 above). Conservator Patricia Ewer lined the fragile textile with a sheer nylon backing  (see image #6 above) that supports the areas of loss, while still permitting examination of the back. The object is stored rolled around a padded tube, which is partially unrolled for display.